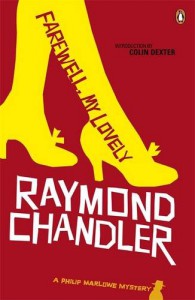 I bet this is one door Marlowe is regretting to put his head through. Getting involved with Moose Malloy, who is searching for his girlfriend Velma after having spent the last 8 years in jail, Marlowe gets involved with the mob, jewel-robbers, dangerous thugs and the police and he has to deal with all the problems that these aquantiances carry with them.

This was such a compelling read from beginning to end with an intricate plot that left me in awe of Chandlers writing skills. Told from the first person perspective of Philip Marlowe, you follow him trough all his hardships and perils. And Marlowe is such a great character, who is always having a snarky reply on his lips and who doesn´t shy away from dangerous situations, either because he has a job to do or because someone has wronged him personally (occasionally he experiences an anxiety attack, which makes him even more likeable).

The only thing I have to say is that the dialogues sometimes are hard to read, because some characters use word or slang words that I´m not familiar with. But this doesn´t take much away from my overall enjoyment of Raymond Chandlers novels.

I´ve read this book for the Classic Noir square and Farewell, My Lovely oozes noir atmosphere. 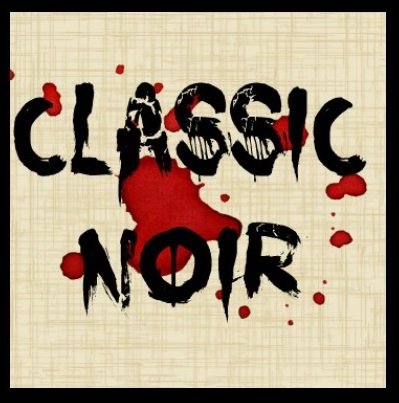