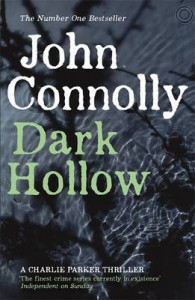 Billy Purdue was poor, poor and dangerous with some bitterness and frustration added to spice up the pot. The threat of violence was always imminent with him. It hung around him like a cloud, obscuring his judgement and influencing the actions of others, so that when he stepped into a bar and took a drink, or picked up a pool cue for a game, then sooner or later, trouble would start. Billy Purdue didn´t have to pick fights. Fights picked him.

It acted like a contagion, so that even if Billy himself managed to avoid conflict - he generally didn´t seek it, but when he found it he rarely walked away - five would get you ten that he would have raised the testosterone level in the bar sufficiently to cause someone else to consider starting something. Billy Purdue could have provoked a fight at a conclave of cardinals just by looking into the room. Whichever way you considered it, he was bad news.

John Connolly is so good at describing the personalities of his characters (even if they are only minor characters). And I have to admit, the fighting cardinals made me giggle.