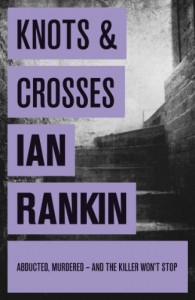 Knots & Crosses is the first book in the Inspector John Rebus series and I wasn´t prepared just how much of a messed up character Rebus is. He is full blown drama walking on two legs. He has family problems, he is estranged from his brother, he isn´t good at his job, he is clearly haunted by something that has happened in his past ... and yet I ended up really liking his characters. Which is odd, because normally I dislike characters who are miserable all the time and sometimes I´m incredibly annoyed by them.

And it was such a gripping read. I almost read it in one sitting, something which almost never happens with me. The only thing I was put off by was the very abrupt ending. I like a little bit more closure in my books. 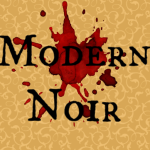